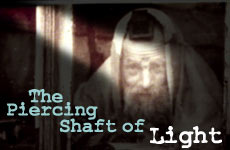 Each of us has a dark spot concealed from ourselves due to overwhelming pain and shame. How do we turn on the lights?

The village of Charnovska mirrored the Bible’s description of the world’s beginning. Light and darkness were entwined so completely that no period could be called “day” in comparison to another called “night.”

Until this point, the externals of life were highly predictable: cycles of births, deaths, marriages, grinding poverty, and tragedies were seemingly engraved in cement. And the inner life of the villagers was varied and multifaceted; there were scholars and saints, and ordinary people who hid their noble spirit under the blanket of a humble tailor and shoemaker — a destiny bequeathed from their fathers and rarely questioned by the sons. There were also the living dead, for whom life had no purpose other than to move the body day-by-ponderous-day to the grave.

Then there was Shmulik. From his earliest childhood, the darkness that we all try to conceal, or at least rein in, was in full control of his personality. He was the eternal taker, the perpetual villain in the village’s prosaic dramas. Nothing is darker than the secret place in the human heart that wants to experience absolute control. The little tyrant is insatiable. Sometimes the shadow is so profoundly impenetrable, that even if a shaft of light would pierce its way through, it might be doomed to invisibility and obscurity.

TRAITOR TO HIS PEOPLE

Hope and desperation fueled the Russian revolution. The Jews of even the most obscure towns found themselves newly-aware of Socialist fires that burned within their hearts. They swept up entire villages that blindly followed, unaware that these flames would cause a conflagration that had never yet been paralleled. In Charnovska, the young men and women walked a path that led to Stalin’s hell. At the time, they thought that they were moving toward the workers paradise. Their elders (and a minority of youth) saw where the path led and grasped onto the mountain of faith by their fingernails.

Shmulik was different from both segments of the village population. He fought with the Whites, the near-fascist opposition. His motivations were practical rather than idealistic. The Whites paid him well for betraying his neighbors. Shmulik informed, and fellow Jews were killed on his word.

The wrong side won, at least from Shmulik’s perspective. At a time when millions of lives were destroyed on suspicion of being “anti-revolutionary,” Shmulik survived. He was tough and ruthless, and his survival was bought at the price of his own conscience.

When Shmulik’s father died, something occurred unprecedented in his history. There was a ray of light, a certain spiritual longing that he had never let himself feel. More clearly than anything else he had known, he knew he must say the mourner’s Kaddish.

There were three functioning synagogues in the village. They were soon to be doomed by the Reds as a sort of museum of natural history. But for now, they were still part of the living body of the shtetel, like limbs awaiting amputation.

The unexpected happened. No matter what Shmulik did, he could not convince the villagers to allow him to say Kaddish. The elderly men who came daily were close enough to the Valley of the Shadow of Death. They had already lost all that any human could take.

There was one other minyan (prayer quorum) in the village. It did not meet in a synagogue. What members of this minyan feared the most was being left for dead. Shmulik approached the rabbi, who like everyone else in Charnovska knew there was blood on Shmulik’s hands. This rabbi said &ldquo;yes.”

The next morning, Shmulik found himself walking the stairs that led to the decrepit shack of the makeshift synagogue. After several days, the rabbi asked Shmulik why he doesn’t put on Tefillin, since he was attending synagogue in any case.

“I don’t have Tefillin,” Shmulik replied. “But I do,” said the rabbi. After services, the strange sight of the rabbi handing his Tefillin to the village traitor became the whispered gossip engaging the village for days.

In the course of time, Shmulik became unrecognizable as the person he had once been. He married, had children, saw to their education at the risk of his life by sending them to the underground Jewish school. Shmulik had a meaningful present and future.

Yet one problem that remained on file. Shmulik had never allowed himself to look inward at the unspeakable blackness of his past. The door had remained closed, keeping all the monsters at bay. The day came when he finally opened the door, and was horrified and sickened at what he saw. That day was the most significant one in his life.

The rabbi sat and told Shmulik all he knew, just as everyone in the village knew it all. Shmulik listened silently. When the litany ended, the rabbi said, “You caused death. Now you must bring forth life.”

They spoke late into the night. When their talk was silenced by weariness, a conclusion had already been reached: Shmulik would build a mikveh, a spiritual bath that is the core of Jewish family purity.

In the midst of the spiritual cemetery that was being built in the Ukraine, Shmulik undertook to demonstrate his belief in the future of the Jewish people. Every night he went out to the barn behind his house and dug. When he struck water, he knew that the hope that he had nurtured was being answered. Tiles were acquired on the black market, and a heating system was devised. The man who had betrayed so many was not betrayed.

The final touch was the construction of a wooden platform upon which he shoveled horse manure. The platform covered the top of the mikveh, hiding it from view. None of the “big brothers” who had become a ubiquitous part of the scene ever felt inclined to investigate the muck.

Charnovska exchanged hands and Shmulik found himself in a concentration camp. His family was gone. But Shmulik’s face shone like a tzaddik.

Each of us, too, has a dark spot concealed from ourselves due to overwhelming pain and shame. How do we turn on the lights?

Let us look for a moment at the miracle of Chanukah. Of course there was Divine intervention. The odds of one family, the Maccabees, successfully taking on the Syrian-Greek army, are infinitesimally small. Their victory was a great miracle.

Yet the mitzvah that we perform on Chanukah, lighting the menorah, celebrates not the military triumph but the spiritual illumination that made it possible.

A classic question asked about Chanukah is why we light candles for eight days? Shouldn’t we light only seven days, since the oil they found lasted for one day even without miraculous intervention?

One answer is that it is a miracle the Maccabees even began to look for pure oil. They had not despaired. When they searched the Temple for oil, they had to face the idols that were placed there not only by Greeks, but also by their fellow Jews. They had to clear the Temple Courtyard from the remains of the debris left by the young Kohanim who ran Olympic-style marathons naked in vain tribute to their own self-worship. They had to bring life where there was death.

God responded. The days of Chanukah are called “yimay ratzon” — days of Divine willingness for us to draw down some of His light into our own souls. When we do, we can once more merit the kind of miracles that God did for the Maccabees. After all it is He who said, “Let there be light.”